Tax, accounting and economics in the news

This summer has been a good opportunity to reflect on a busy and interesting time for the country, the economy and for events at the University so far this year.  March saw the first of two UK Government budgets this year (the second is scheduled to take place in November and will occur annually in the Autumn from now on).  I was asked to appear on Sasha Twining’s mid-morning show on BBC Radio Solent shortly before the Chancellor addressed Parliament, to discuss what issues could come up in Philip Hammond’s speech.  One matter that featured in our discussion was the proposal to increase the rate of National Insurance contributions for self-employed.  This proved to be very controversial, with many commenting that it went against the spirit of the Government’s pledge to not raise personal taxes during the parliamentary term.  The government subsequently performed a U-turn on this proposal. 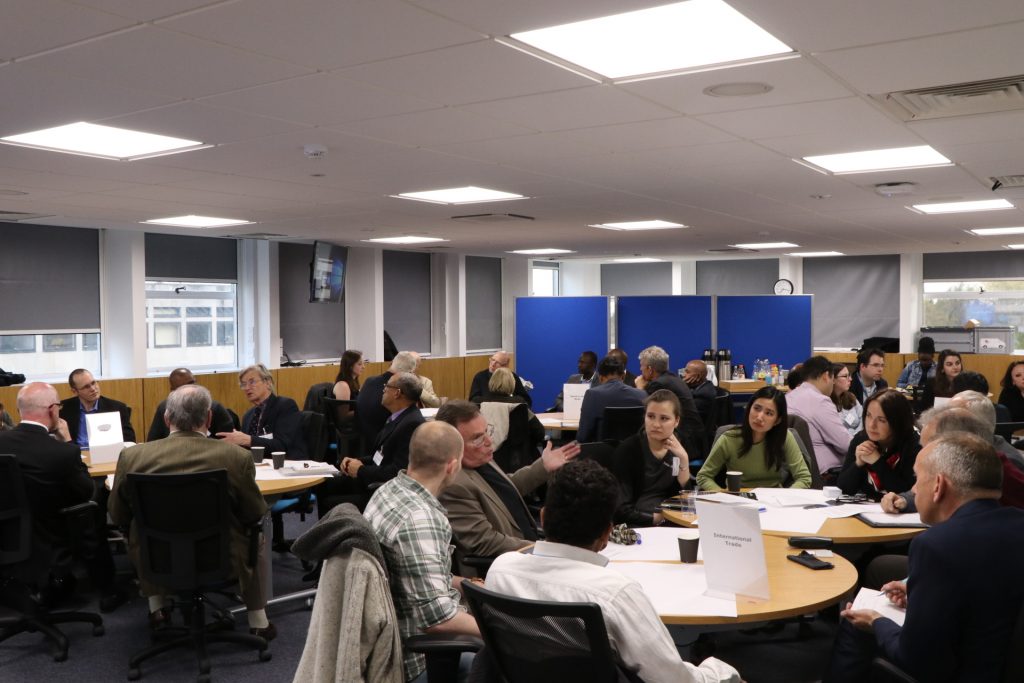 In April, discussions regarding the triggering of Article 50, the upcoming Brexit negotiations and Theresa May’s announcement of a General Election in June all featured in the news.  I organised an evening seminar at the University about Brexit and how it will affect people in the local business community.  It was very pleasing to have a great turnout with some excellent expert contributions – for that my thanks go to Roxana Andrusca of the Hampshire & Isle of Wight Business Alliance.  A write-up of the evening can be found here. 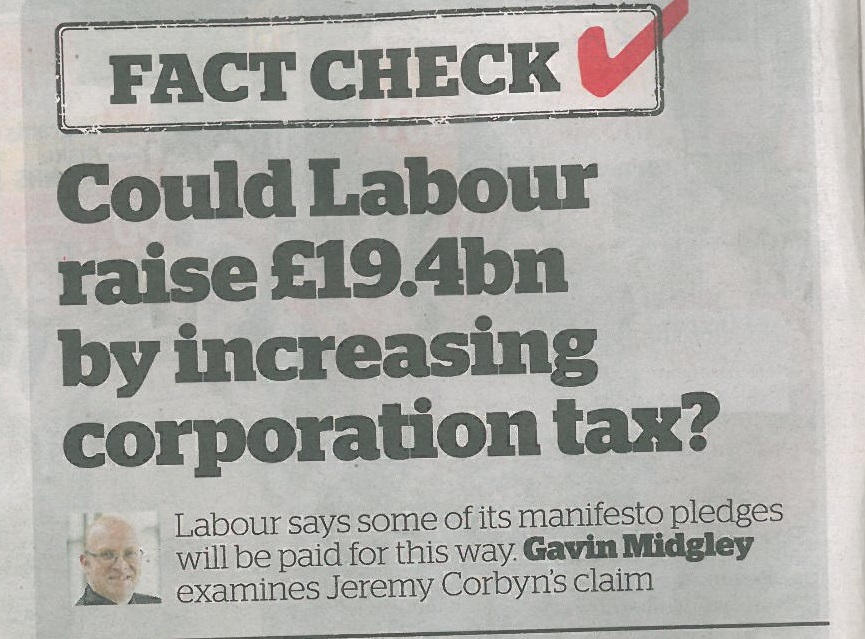 Talking of the General Election, in May I was asked by The Conversation website to author a fact check on Labour’s assertion that a proposed increase in the Corporation Tax rate would raise £19.4bn in revenue for the Treasury.  The article can be found here.  It was a pleasant surprise to be asked if the article could be printed in the i national newspaper on 19th May.  What was very interesting from the comments left on the webpage and from my colleagues at the University is how writing an article such as this creates people’s perceptions of what my own political views are.  Whilst I comment that Labour’s quoted figure is somewhat misleading, it is natural for a political party when discussing a potential monetary benefit of a policy change, to cite the largest figure that they possibly can without obviously lying or fabricating a number.  So, it wouldn’t have surprised me to see any party, left, right or centrist, to try and get away with similar.

The remainder of the year has the potential to be as equally interesting, with the government’s second budget of the year planned for November (assuming no further elections take place before then, and whether Mr. Hammond will still be undertaking this remains to be seen).  We will be following this with a half-day Brexit update at the Ordnance Survey building on Wednesday 13th December as part of Southampton Business School’s Executive Learning Partnership.  I am very much looking forward to gaining further insight into how the business world is feeling about our economic developments. 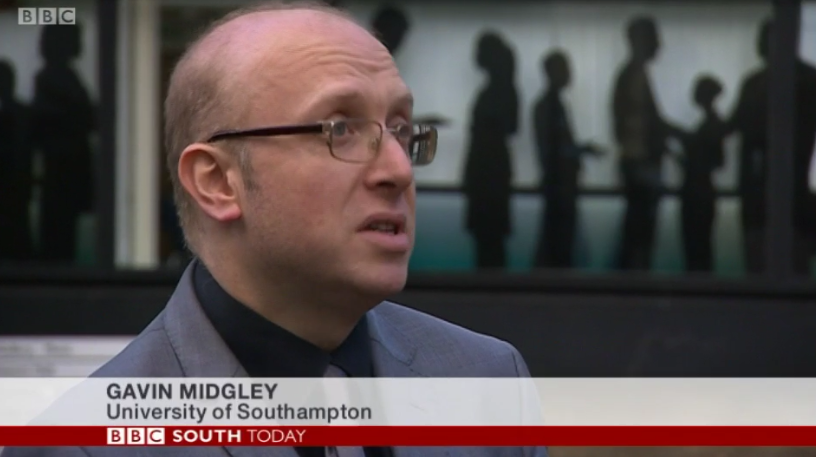 This week I was briefly interviewed for a feature on BBC South Today regarding a local manufacturing firm being forced to move production overseas in order to counteract increases in import costs caused by the weakening of the Pound following the EU referendum on June 23rd.  During the interview I made the point that there would be both winners and losers from any changes in sterling, but it would be most difficult from small business that rely on components from abroad and have yet to establish a significant customer base in other territories.  Whilst a weak pound could make your prices more attractive to foreign customers, if most of your custom is domestic then taking measures to increasing overseas sales is not something that happens overnight.  But the cost of components from abroad is increasing overnight, meaning that either the increases are passed onto customers (resulting in decreased sales) or will reduce your profit.

Last week I authored an article for The Conversation website regarding the proposed cut in the rate of Corporation Tax.  It can be found here.

The pasty tax debacle of 2012 showed that what may appear mildly innocuous in the Budget speech could provide the media with the sort of juicy story that provides yards of copy and can stick in the reader’s memory to be used by the newspapers as a reference point long after.  At the time of my talk with Louisa Hannon on BBC Radio Solent shortly after the Chancellor’s speech , my thoughts were very much on the feasibility of the UK maintaining the proposed levels of growth and achieving its target for a public finance surplus by 2019-20 in the face of significantly downward revisions and upcoming issues on the global economy.  This issue was covered by the media in some detail, but it did not provide the main peg of Thursday’s front pages.

Instead the proposed soft drinks industry levy (commonly referred to as the “Sugar Tax”) was grabbing the headlines across almost of the newspapers.  Some papers explicitly addressed their opinion in the lead headline (“FIZZY RASCAL” in The Sun being the most eye-catching) while others made a not-so subtle allusion to it in their summation of the Budget as a whole: “Osborne sugars the pill” being the lead headline in both The Times and The Daily Telegraph.  The (approximately) half a billion pounds per year that the levy proposes to raise is certainly not the most significant measure of the Budget in fiscal terms, and its introduction in 2018 means there are no immediate effects to the reader, so what makes it such an appealing story for the media?  The answer can be broken down into a number of points:

It has a high level of relatability across all age, race and class demographics.  Not everybody who was exposed to the Budget over the last few days would have experiences of opening an ISA, contributing or drawing out from a pension or claiming a specific benefit or allowance, yet very few people have not experienced purchasing (or at least consuming) a fizzy drink containing sugar, even amongst the youngest members of society.  Basing a story around such an identifiable experience helps engage the reader to think about the consequences of any government action.

It relates to products that have a high level of public visibility.  This ties in with the above point, but can also explain why coverage of corporate tax avoidance has largely focused on companies such as Starbucks, Google and Amazon.  These are brands seen every day either on the high street or in our own homes and online.  Many of the brands associated with sugary drinks such as Coke and Pepsi have a similarly high level of recognition amongst the public making it easier for the newsmakers to report.

The levy can be summarised in simplistic terms.  In their analysis of the levy on Thursday, the Institute for Fiscal Studies explained the proposed burden imposed on certain brands of drinks in terms of the cost per litre of drink.  Given the public’s knowledge and experience it is very easy for them to visualise a litre of such a drink product, how much is already costs and what the implications might be for the cost to change.  The newsmakers can easily reapportion this to show the possible cost per can of soft drink.  As it is not yet clear if the incidence of the tax will largely fall on the producer or the consumer, such a simplistic and engaging breakdown can be reported on without coming under too much in the way of scrutiny.

It is an area where a measure of public opinion already exists and can be drawn upon.  In the months leading up to the budget polling and research organisations such as ComRes and BMG have published their findings on the issue, indicating that the debate on taxing such products has already started to enter the public consciousness.

The associations with celebrity are clear.  The media love to be able to draw upon recognisable faces to frame public debate, and throughout this issue they have been granted such a figure in the form of Jamie Oliver, the well-known chef, TV personality and nutritional campaigner.  His presence throughout the campaign for sugar taxes and in the immediate aftermath of George Osborne’s speech facilitated a narrative the media could use and arguably provided a “David v Goliath” feel-good element to the story in showing the effect one individual (albeit a highly recognised celebrity) can have over government policy.

Given the reasons outlined above for the newsworthiness of this particular story, one may speculate that as well as the benefits of raising revenues on a policy that has a reasonably decent level of public support, it has arguably deflected media attention away from the more contentious issues arising from Wednesday’s Budget.  How successful they are in controlling media dissatisfaction will become more apparent over the longer term as we see how close the Government have been in attaining their economic and social targets.

As Dan Deacon and Peter Golding wrote in their assessment of the poll tax affair of the late 1980s/early 90s, the press’ interest in a contentious upcoming policy can dramatically increase at the hint of uncertainty and reluctance within the governing party.  This is appearing to be the case regarding the upcoming changes to disability benefits, as five of the national newspapers (a diverse spread ranging from the Daily Mirror to the Daily Telegraph) make it their lead story for Friday’s paper, all of them containing some reference to a revolt or a rebellion.  In a further development, the BBC utilised comments from Nicky Morgan MP from Thursday night’s edition of Question Time which hinted at possible future refinements (or even a reversal) of the policy.  I found it interesting that the article linked above refers to Morgan’s role of Minister for Education but makes no mention of her additional position as Minister for Women and Equalities.  One might think that the latter, unreferenced role was the more relevant for this particular story.  Whether the omission is intentional or not is unclear – from an editorial perspective writing out both titles may be seen as an affront to brevity, in which case only the Education role (generally regarded as more the senior) needs to be referenced.  But without the reader being supplied the aide-memoire of their role as Women & Equalities Minister, it may possibly downplay the government’s objectives in this area of social justice and maintains the already established frame (at least with parts of the media) of the Conservatives being the “nasty party”.  Given that the story has continued to develop throughout the day with various figures within the Conservatives eager to either support or Morgan’s comments, it looks another issue that has the potential to run further.

All views expressed on this site are my own personal views and do not necessarily represent the opinions of the University of Southampton.