Being of the male disposition, I try my upmost to ensure that I avoid the busy shopping districts of Hong Kong at all possible costs. Instead, I anchor myself to the areas abundant in sports bars, Korean BBQ joints and those little shops that sell light bulbs and screws. Unfortunately, an upcoming social function forced me to venture to Causeway Bay this afternoon, in search of a dress shirt. As much as I despise shopping, there is no way I will be seen about town unkempt.

Despite the nausea-inducing halogen tubes, obnoxious walking patterns of fellow consumers, and a cornucopia of pointless choice that made me want to move to Venezuela, I acquired a shirt without a single bellowed profanity or over-the-top murder. I was in such high spirits that I decided to remain local, and ate my Groves chicken pesto pasta salad on a park bench with the midday sun beaming down on my satisfied little head – adding to the warmth felt by my accomplishment.

My aforementioned hostility towards shopping ordinarily means that I get exactly what I came for, nothing else, and flee the scene as if I’d just held up a bank. But something about this day, perhaps the combination of a new shirt, nice weather and and an energizing luncheon, meant that I was strangely aware of my surroundings. A Marks and Spencer caught my eye. I have never shopped at M&S and find those that do to be bourgeois swine, but as an Englishman in exile I couldn’t help but let my curiosity get the better of me.

Reader, I blacked out. I can’t be sure as to how long for, but when I came to I was back in the busy high street, the shop to my rear. In one hand I clutched a receipt disclosing an amount that churned my stomach, in the other a sturdy but disconcertingly heavy plastic bag. In said bag I carried sausages, scones, pork pies, scotch pancakes, English muffins, sausage rolls, a meal deal consisting of a turkey feast,sandwich, lightly-salted potato rings (poncey hula hoops) and a bottle of mango juice, soft caramels and Percy Pigs.

I love Asian cuisine and revel every day in sampling the culinary delights that Hong Kong has to offer. But seeing these home comforts laid out so elegantly must have awakened some sort of dormant Jacob Rees Mogg-esque beast inside me, and sent me into a pastry-fuelled frenzy. I really hope no one came between me and the picnic section. I’m not sure what constitutes battery over here, but I am sure that they don’t think highly of bludgeoning-by-tomato, borlotti bean and kale soup.

This is why I don’t go shopping. I only nipped out for a shirt and now I am sitting, shaking due to Percy Pig-induced hyperglycemia.

Hopefully I live long enough to finish the sausages. 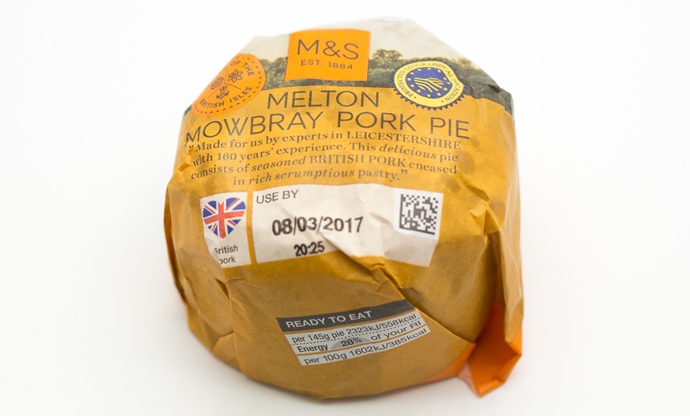 9,675 thoughts on “A Study Into the Effects of Fried Rice on the Englishman’s Brain”