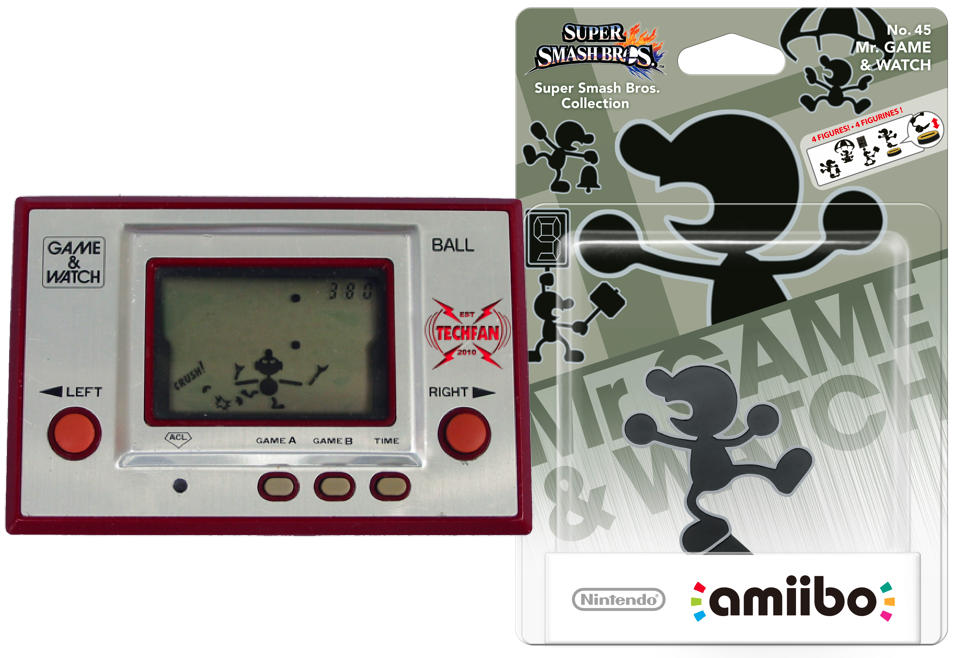 How might the study of toys help the designer of games in the postdigital era*? Discuss with reference to your own toy culture and to new and emerging technologies.

* postdigital culture: constituted by the physical, material and embodied as well as the digital and the virtual.

Giddings, Seth  (2019) ‘Toying with the singularity: AI, automata and imagination in play with robots and virtual pets’, in Giovanna Mascheroni & Donell Holloway (eds) The Internet of Toys: practices, affordances and the political economy of children’s smart play. Palgrave Macmillan. Link.

Kline, Stephen 1993 Out of the Garden: toys, TV, and children’s culture in the age of marketing. New York: Verso. [copy in WSA library]

Research Question:
What features of videogames might shape the future of AI or robotics? Explore this question through the analysis of a particular game mechanic or type of game character.

Giddings, Seth  (2019) ‘Toying with the singularity: AI, automata and imagination in play with robots and virtual pets’, in Giovanna Mascheroni & Donell Holloway (eds) The Internet of Toys: practices, affordances and the political economy of children’s smart play. Palgrave Macmillan. Link.

Slides from a talk on archive research for PhD students, based on my recent research in the Bill Douglas Cinema Museum archive. Notes to follow…

See also my report to the Museum: https://www.bdcmuseum.org.uk/news/handheld-cinema-or-the-other-successful-toys-that-move-by-seth-giddings/

(the slides may take a while to load)

The achievement of animals: an ethology of the posthuman

Hopes for and anxieties about a near future technological environment driven by artificial intelligence have tended to figure nonhuman cognitive and pseudocognitive developments in terms of the full simulation of human intelligence, of humanoid robots ‘taking over’, of Singularities, Turing Tests and Uncanny Valleys. Yet since the late 1970s AI has been integral to digital popular culture, and it has often been figured as nonhuman. Chased by seemingly intentional ghosts in the mazes of PacMan, compelled to feed and nurture voracious Tamagotchi and Nintendogs, or taming and training horses on the plains of Hyrule, everyday life has quietly become a domain of “becoming with” nonhuman and animal-like agents.

This presentation will sketch a map of this domain across digital gameworlds, robot toys, and computer science, and will suggest an ethological approach to describing these cross-species encounters. Further, it will argue that the animality of AI and A-Life entities is real and not metaphorical, opening up ontological questions of the synthetic animal itself: what kind of speciation gives rise to them, what habitats and what kinds of behaviour characterise their existence? How is the status of animal achieved from the assemblage of code, digital hardware, animated imagery, lived popular culture, bodies and minds in play?

The Transforming Creativity Research Group is concerned with everyday creativity and how it connects with the creative industries – so here I am interested in both how videogames and toys – as products of a global creative economy – affect and are transformed by everyday play.

The ideas I will sketch out in this presentation arise from the overlap between two often distinct modes of enquiry and points of reference in critical theories of the posthuman.

One addresses the emerging or imminent near future in which human subjects and collectivities must negotiate new relationships with nonhuman objects and networks, technologies of automation, robotics and artificial intelligence – the ‘lively machines’ of Donna Haraway’s cyborg manifesto. Variously presented as a fundamental threat to human dominance, even existence – and not only in SF literature and films – or more mundanely, as an inevitable process of deskilling and displacing human labour.

The second concerns a different genera of nonhumans and a very different temporal register. Critical posthumanist theories of animals and animal-human relationships question whether the exceptional human subject ever existed, noting for example Darwin’s role in unseating the humanist sovereign subject as pinnacle of nature, or the co-existence and co-constitution of human settlement and society with domestic animals. Just as dogs, cattle, poultry have been genetically adapted from wild ancestors for sustenance and companionship over millenia, so too has human culture been shaped spatially, technically and symbolically by hunting, husbandry, and ritual. Donna Haraway again has written eloquently about her relationship with her pet dogs, their becoming-together in agility training for instance.

The objects of these two trajectories of critical posthumanist enquiry overlap in the <under-noticed and unstable entity of the virtual animal. Animal characters in videogames, virtual creatures in toys such as Tamagotchi, and animal-shaped or zoomorphic robots designed for playful rather than instrumental use.

This begs the question: given the absolute difference between biological animals and software entities that bear some visual or behavioural semblance to them, is it either possible or desirable to insist on the animality of the latter? And if so, how is this animality established and achieved? It is clear that as material objects and software entities artificial animals are very different from actual living animals, but I want to suggest that artificial animals are not mere representations or metaphors, that through human-computer and human-robot relationships and interactions they become more animal. To paraphrase the play researcher Brian Sutton-Smith artificial animals are not animals, but they are not not animals.

Critters – creatures – things that have been created (not necessarily biological)

What can the study of play with robots, virtual pets and game non-player characters tell us about everyday life and creative futures with Artificial Intelligence?

The popular and scientific rhetoric of AI and robotics tends to be expounded in the subjunctive: it is future-oriented, concerned with timelines, imminent breakthroughs, and singularities. However, we have been living with AI in everyday life since the late 1970s and the animated, semi-autonomous non-player characters of arcade games. The ghosts of PacMan have their own coded behaviours that the player must respond and adapt to. Generations of players have confronted and cooperated with virtual entities figured as monsters, humans, machines and animals. Popular screen media was transformed – not merely ‘interactive’ but dynamic and intense relationships of movement, reaction, and prediction between human and nonhuman agents.

A stork and a wild pig in Breath of the Wild are distinct species only in a decorative sense, as mise-en-scene of the open dynamic world. As prey however they are simply the same: moving targets and soon-to-be raw meat. At first glance, a horse in Breath of the Wild is defined primarily by its vehicular potential. it is closer to the motorbike or speedboat in Tomb Raider. What distinguishes it is not in effect its mimesis of a horse’s appearance and movement but its horse-like behaviour and the horse-trainer-like behaviour it demands of the player.

The ontology of biological and synthetic animals.

Artifical Life (A-Life) cellular automata and flocking behaviour (‘boids’), complex ‘social’ behaviour emergent from simple rules. A simulation of life and creatures. Does it make any sense to consider these little machines made of code, graphics and sound files as animal in any serious way? To assert this is surely to fail Semiotics 101: a picture of a cat does not meow.

To address this I will open up and explore ways of thinking about how computer code, stylised screen images and animation, virtual environments and the peculiar motives of digital gameplay mobilise one another to constitute animality. How is the animal achieved in everyday popular and playful digital culture? Again, the answer lies in attention to behaviour and relationships.

The animal as standing reserve or resource within a game (Breath of the Wild), as a tool or machine for its para-human abilities or transport, as a companion with particular insight into the environment, as a pet to be trained or nurtured – and to train and nurture. After Deleuze and Guattari in Thousand Plateaus (in turn, after Spinoza): know bodies by their affects and relationships not their species – a carthorse is more like an ox than it is a racehorse. Or Alex, a  7 year-old ethologist: cobras are similar to newts because they can swim. Can this ontology be extended to similarities and affinities between virtual creatures (motorbikes and horses)? Yes, but can it be applied across the virtual / actual? Across the synthetic and the biological?

Dimensions of emergent or achievable animality

Fish simulation installation at Wildwalk, Bristol, 2000s. ‘Flocking’ routines – these fish are boids. Their emergent behaviour and movement collude in a game with the visitors: what parameters for response, flight and return? What rhythms and choreography between human and software entities?

Endless Ocean: species established in play by their affects, agencies and interactions not the particular animal they are depicted as. The companion dolphin (with AI behaviour to assist and guide the player) is a different animal to the elephant seal. The latter behaves the same as most other creatures: it is stroked to reveal information – a button to a database entry. Yet its animation and pleasurable response means it is becoming-animal, becoming-pet.

Kinectimals and Angry Birds. Animals that train the player to use the interface and hardware (Xbox Kinect camera and iPhone touch screen respectively). The player is the pet.

The titular animals of Animal Crossing do not strictly have to be animals. They are the same scale and rough body schema as the humanoid avatar, and speak and behave similarly. Any mimetic relationship with biological animals is broadly speaking arbitrary. They are in essence chatbots, conversational AI – the technical structure of their conversations is very simple, but takes on affective depth through their intensity and fit within the diegetic and ludic environment. They make animal sense in the environment of the game both in its microcosmic, rather dreamlike, diegesis and in its broader environment of children’s popular screen media. These animals are hybrids or symbiotic, chimerical even, a mix of cartoon aesthetic (Mickey Mouse to Peppa Pig) and chatbot (Eliza, Clippy). Animal, mineral, vegetable, cute. The Sanrio kingdom.

‘Becoming animal consequently is a process of redefining one’s sense of attachment and connection to a shared world, a territorial space. It expresses multiple ecologies of belonging, while it transforms one’s sensorial and perceptual coordinates, to acknowledge the collectiveness and outward direction of what we call the self.’

I have tracked something of the confluence of AI and the animal in digital creatures, and I hope indicated its significance for the study of both everyday creativity and critical posthumanist debates.   Relationality is key then – an ethology of interrelated bodies, creatures and their affects. As in the ecological study of the biosphere, it is the ecological dynamics that are salient not any particular species. What kinds of animals, becomings, relationships?

All of these reversable.

I will conclude with an open question about the implications for the achievement of animality across the human, the nonhuman animal and the nonhuman nonanimal? What can we learn about existing, emergent and possible relationships of behaviour, training, care, and play across a habitat that crosses the virtual, the lived and embodied, the mechanical, the algorithmic?